Tony D’Alberto returns to the Australian GT Championship with an eye on repaying the Maranello Motorsport team following a disastrous run at February’s Bathurst 12 Hour.

The Melbourne-based squad was forced to withdraw its #88 Ferrari from the Mount Panorama classic and the Australian GT Championship Clipsal 500 opener due to extensive damage incurred in a heavy practice crash at the Bathurst 12 Hour.

D’Alberto escaped the high speed accident unscathed but the car required a trip back to Ferrari’s base in Italy for a re-shell, ruling it out of action until this weekend’s Phillip Island 101.

Having learned of the effort to repair the #88 car following the incident, D’Alberto is eager to deliver a strong result at Phillip Island today to repay the outfit’s faith in him.

“I’m very pleased to get out there again,” D’Alberto told Speedcafe.com.

“That wasn’t a good day (at the Bathurst 12 Hour) for myself and the team but unfortunately these things happen.

“Its been a huge rebuild and the car is really good now.

“You always want to try and get the best result.

“Regardless of whether it is your fault or not, you are in the car and you do feel responsible. They (the team) trust you to bring the car back the way it left the pits but sometimes things get out of control.

“The team has been awesome about it and they have had a family hefty repair bill but we are at Phillip Island for another crack.”

D’Alberto and his television star co-driver Grant Denyer have shown strong pace throughout the weekend and will start this afternoon’s Phillip Island 101 from third on the grid. 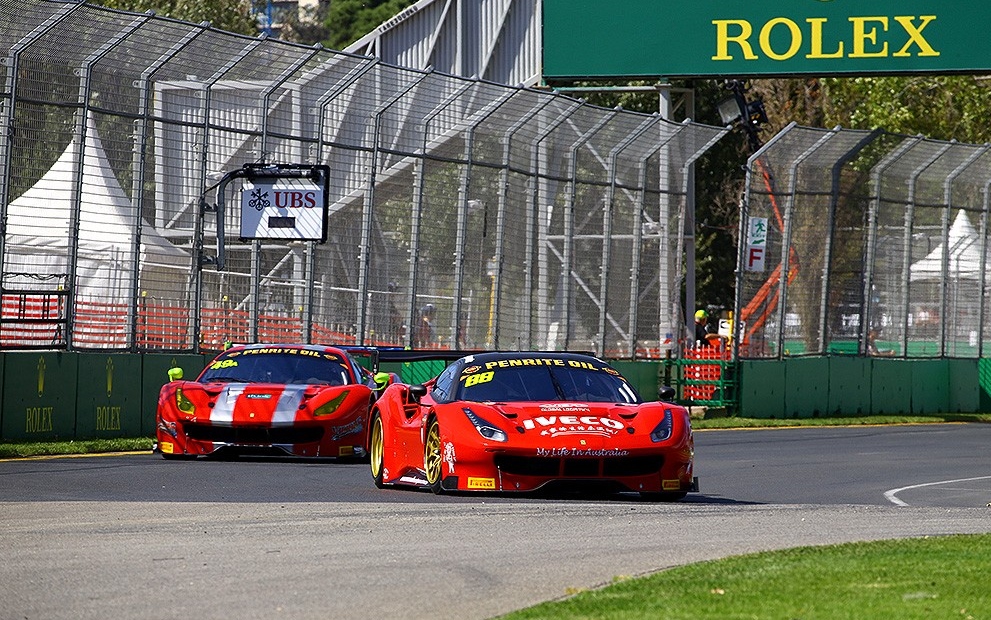