Maranello Motorsport has withdrawn its entry from the Clipsal 500 Australian GT opener after failing to find a replacement driver to partner Tony D’Alberto.

The Melbourne outfit had intended to field a Ferrari 458 for D’Alberto and Grant Denyer before the latter made a late switch to Tekno Autosports’ new McLaren operation.

The news means that Maranello will miss the Clipsal showpiece for the second year in a row.

Last year heavy damage to its Ferrari sustained at the Bathurst 12 Hour ruled the car out of the event.

Maranello is expected to make a return at the Australian Grand Prix meeting from March 17-20 where it will debut its new Ferrari 488 GT3.

“We had a lot of offers from various people but I haven’t been able to sign someone suitable to hop into that car at a place like Adelaide.

“If it had been Phillip Island or something else, someone who has the skill set but not necessarily knowledge of the car would be ok, but I think Adelaide is crucial for drivers to know the car well.

“It is not the end of the world. It is not a great start but we will push on.” Ricky Capo’s BMW Z4

The Victorian had feared that damage to the front left of his car after a brake failure would rule him out of the meeting.

However, an impressive effort from his team coupled with new brakes from BMW in Germany will seem Capo make his GT debut this weekend.

“It’s been an amazing effort from the team,” Capo told Speedcafe.com.

“The car did not look like it was going to make it.

“Its going to be a little bit more difficult than we thought as we have not had much track time.

“I’m just hoping we can learn a lot more about the car and that is all we can do at this point.”

Capo’s confirmation and the demise of Maranello ensures there will be 27 car grid for this weekend’s curtain raiser. 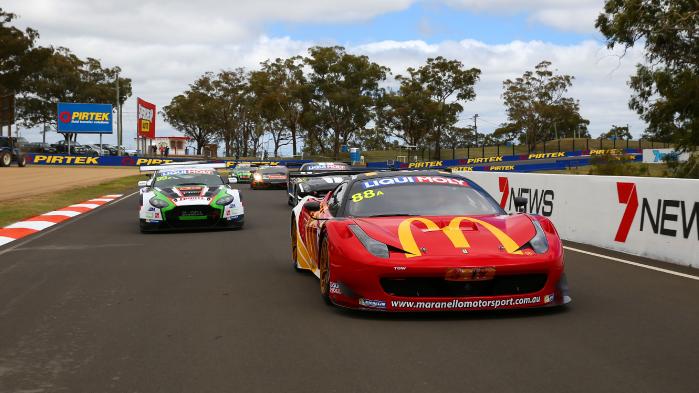